Marta is an international news journalist with over a decade of experience in producing and reporting in English and Spanish. In addition to working as a filmmaker co-directing on television sitcoms, she has reported on news, sports, science, technology and feature contents for TV and online. She’s worked in all of the modalities of Mass Media from radio to TV and the film industry developing a more global perspective of broadcasting, multimedia and new media. In all of them, her responsibilities involved directing, reporting, managing, editing and writing news.

In addition, she has developed multimedia projects as well as articles, newsletters, press releases or audiovisual reports online as a communications specialist. Even it seems idealistic “Telling stories freely without bias in order to produce quality media projects” keeps being one of her main goals as a journalist.

Broadcast and multimedia journalist, Marta Ortiz was born and raised in Madrid, Spain. A passion for broadcasting led her to come up through radio and broadcast journalism when she was 19 years old, before finishing her bachelor´s degree in Journalism and master´s degree in Television and Film from the Complutense University of Madrid. She started her career as a news reporter at Radio Station Cadena SER and the TV channel ATV where she was also directing and anchoring TV programs.
After working as a sport reporter for television station Telemadrid, she had worked as filmmaker co-directing on television sitcoms for TVE1 TV station. During this time she was hired as a staff reporter for TV Transit before moving to the United States to work as a reporter in Univision Communications. Since then she has been working for the UPM as communications specialist, broadcast and multimedia journalist, reporting on education, technology, science and research projects. Meanwhile she began working as a correspondent for the TV channel Ebru TV (U.S.A) discussing breaking news stories on Ebru TV News Programs. In 2015 she started to collaborate as a reporter and communications specialist for the Wall Street International reporting on international large-scales events and breaking news related to topics such as culture, sports, art and lately entertaiment including music, movies and reviews. She also has attended many seminars and congress, some of them specifically related to broadcast and new media. 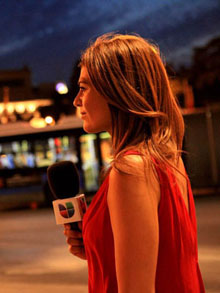 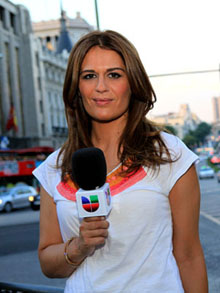 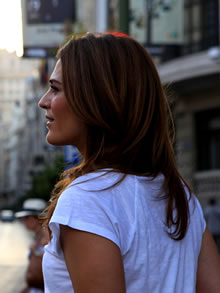